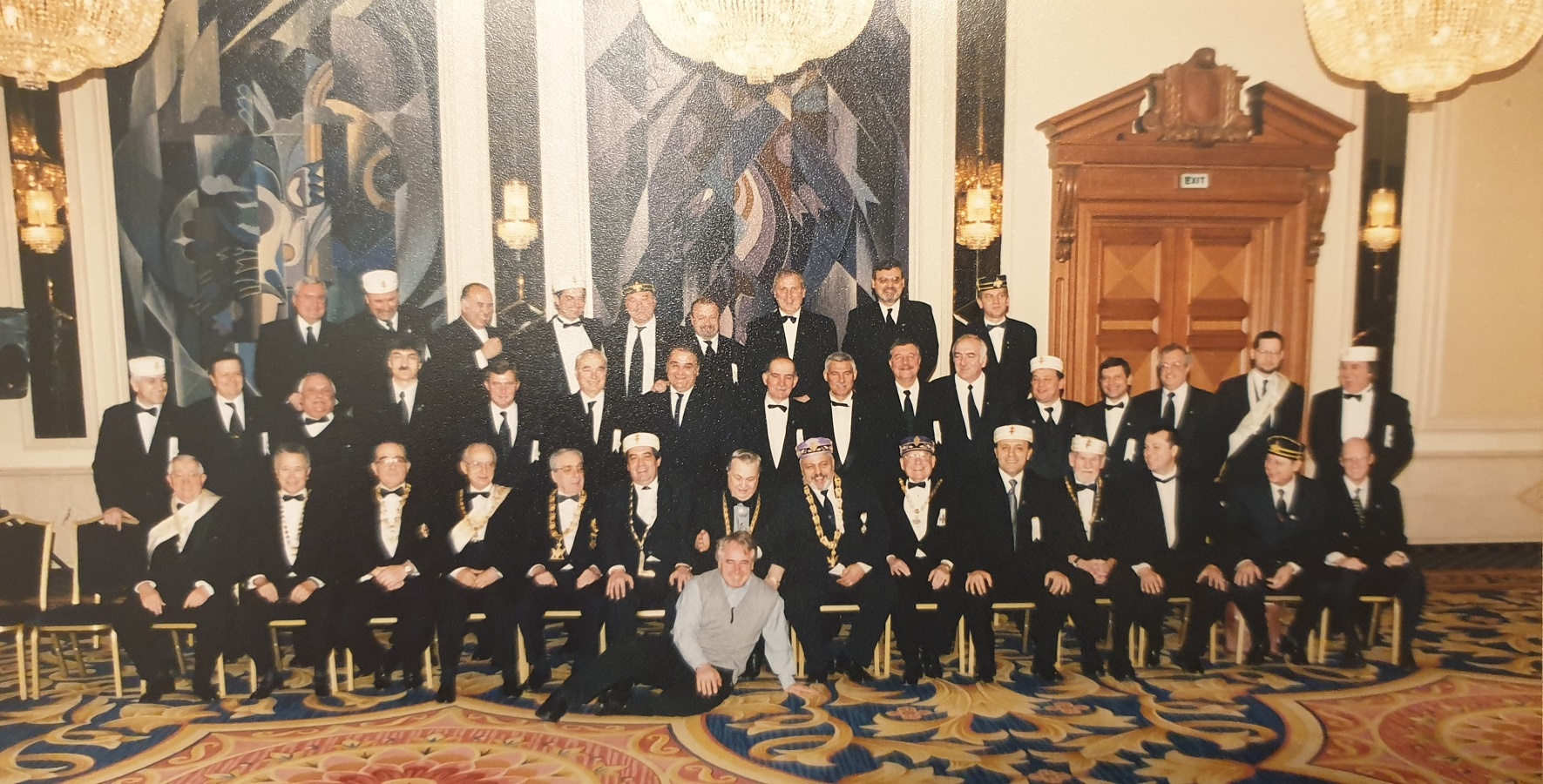 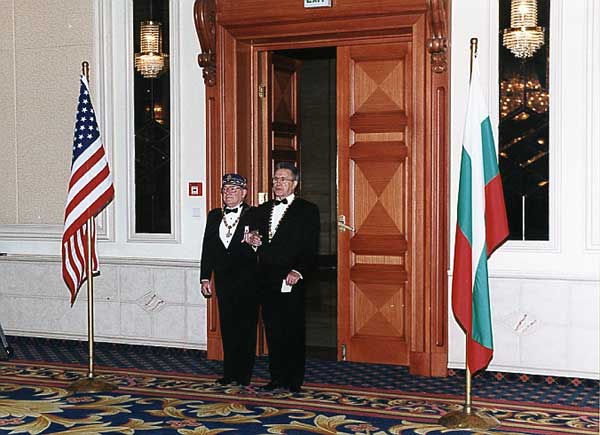 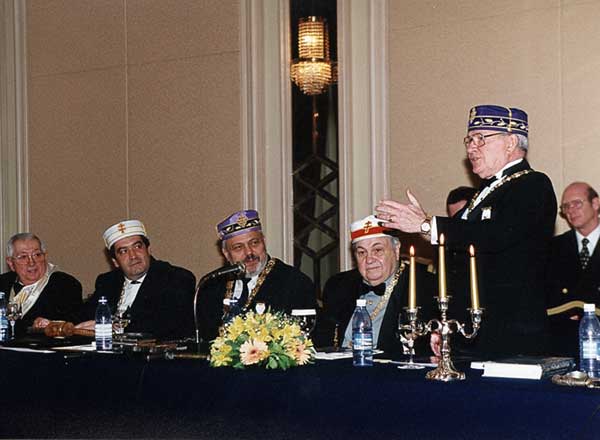 The establishment of the Supreme Council, 33° in Bulgaria

The Supreme Council in Bulgaria was consecrated on January 7, 2001, in a historic ceremony attended by many international Masonic dignitaries.

The establishment of a Supreme Council of the 33°, Ancient and Accepted Scottish Rite of Freemasonry in Bulgaria, was near at hand, and all the hard work, planning, and sacrifice was about to pay off. On Thursday, January 4, 2001, Deputy Robert W. Woodward, 33°, American Military Scottish Rite Bodies, Orient of NATO Bases, and an enthusiastic group of Bulgarian Masons greeted my wife, Virginia, and me at the airport in Sofia, the capital of Bulgaria.

At our arrival, final preparations were underway for the Consecration Ceremony scheduled for Sunday, January 7, which was St. John the Evangelist Day in Bulgaria. Under the leadership of Most Worshipful Ivan Stavrev, Grand Master of Masons in Bulgaria, and with the cooperation of the Supreme Council for Germany, Deputy Robert W. Woodward, 33°, ably directed the Bulgarian Brethren and the ceremony's participants toward a most successful event.

On Friday, visiting dignitaries, wives, and Officers Elect of the Bulgarian Supreme Council attended a Christian Orthodox service, conducted by Bishop Paul, at the beautiful and historic St. Alexander Nevski Cathedral in Sofia. Following the service, we had a private audience with Bishop Paul, an important religious leader in Bulgaria and a Master Mason. Later, our delegation toured the Bulgarian Archaeological Museum, which contained a fine collection of the remains of Thracian, Greek and Roman settlements, and gold treasure from the 4th century B.C. During the tour, we were entertained by the Sofia Philharmonic String Quartet, performing works by Mozart, Bach, Handel, Beethoven, and other famous composers.

Saturday was spent making final plans for the Consecration Ceremony and visiting the home of the new Supreme Council in Bulgaria, at 1 Vitosha Boulevard, 1040 Sofia, Bulgaria. The facility is located on the busiest street in Sofia. When Masons purchased the building, they discovered it had been built over the "Roman Way," a highway of cobblestones leading across Europe to Rome. A hole has been cut in the floor of the building to display the "Roman Way," in its original form, for all visitors to see. Early on Sunday morning, January 7, Scottish Rite members from throughout Bulgaria began assembling at the Sheraton Balkan Hotel. At 10:00 am, the historic Consecration Ceremony began with Deputy Woodward serving as Sovereign Grand Commander. With a great sense of humility and pride, I participated in the service, along with Ill. Spyros Th. Camalakis, 33°, Grand Chancellor–Grand Secretary General, Supreme Council for Greece; Ill. Mario Martin Guia, 33°, Lt. Commander, Supreme Council of Portugal; and Ill. Charles E. Glidewell, 33°, General Secretary, American Military Scottish Rite Bodies. During this inspiring ceremony, Ill. Petar Kalpaktchiev, 33°, was installed as Sovereign Grand Commander, Supreme Council in Bulgaria, and other elected officers were installed as well. With emotions running high, Grand Commander Kalpaktchiev gave a powerful challenge to the Scottish Rite Brethren to work to make good men better through Scottish Rite Freemasonry in Bulgaria. Sov. Gr. Cmdr. Halkiotis of Greece and Sov. Gr. Cmdr. Umur of Turkey witnessed the ceremony.

After the Consecration Ceremony, we traveled to downtown Sofia for the dedication of the first Masonic statue in Bulgaria, a magnificent work by Brother Valko Tzenov, a member of Light of the Traki Lodge. Titled "Old Bulgarian Mason," the statue represents the old as well as the new Masonic efforts in Bulgaria. Amid a crowd of more than 150 Masons, Bishop Paul, of St. Alexander Nevski Cathedral, dedicated the impressive Masonic statue. What a fitting conclusion to the most historic day in Scottish Rite Masonry and a lasting tribute to the hard work and dedication of the Masonic Brethren of Bulgaria! May all their efforts and good intentions meet with great success.

As we prepared to leave Sofia for London, we received a surprise visit from Bishop Paul, who came to say good-by and to present us with a beautiful religious icon. This gift, given and received with love, was another example of the true Masonic friendship and brotherly love so evident in the Bulgarian Brethren. How wonderful it felt to be a small part of bringing more Masonic Light to Bulgaria.

Many distinguished guests attended the Consecration of the Supreme Council in Bulgaria, including the following: